Create a MySQL User on Linux via Command Line

MySQL is an open source, relational database management application primarily used on Linux as a component of the LAMP stack (Linux, Apache, MySQL, and PHP). When administering MySQL, an important operation is the creation of user accounts.

This article discusses how to create a MySQL user on Linux via the command line. The commands used should also work on later versions of MySQL on CentOS. 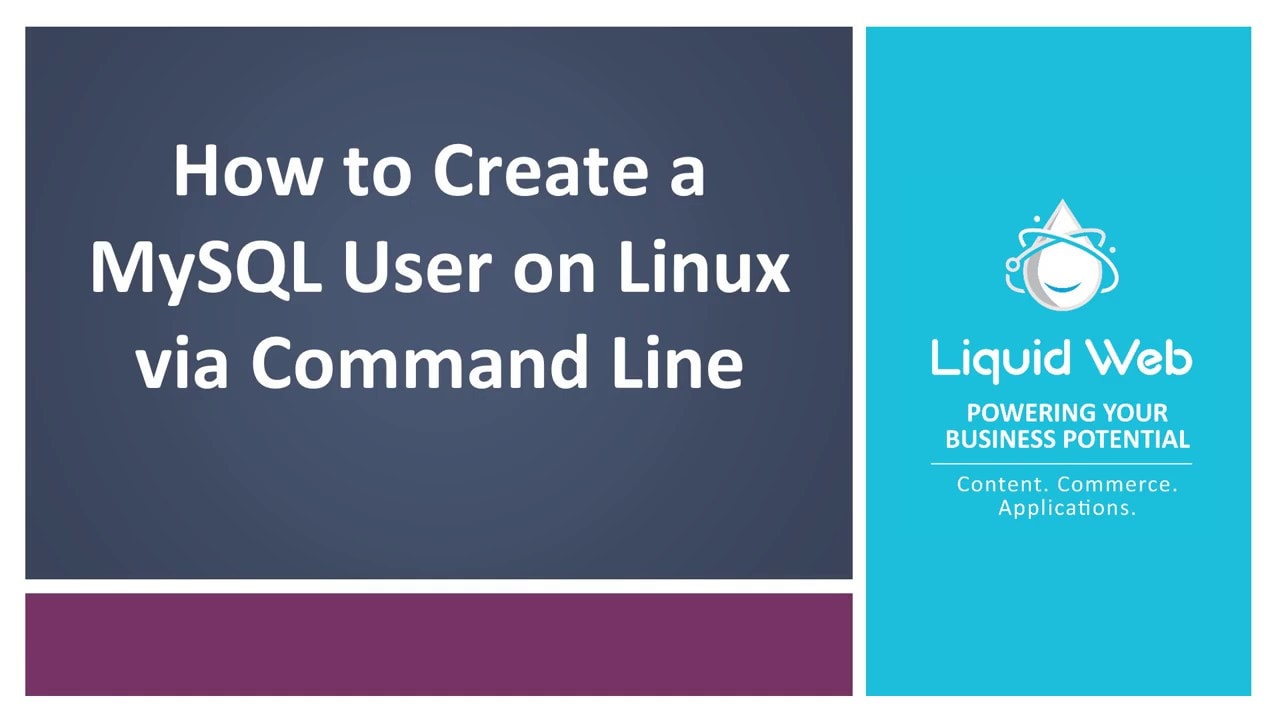 How to Create a MySQL User on Linux via Command Line

Open a terminal to access the MySQL server from the command line using the following command. It specifies the root user with the -u flag. The -p flag makes MySQL prompt for a password. Enter your current password to complete the login.

The system presents the below MySQL prompt. You can change a password for MySQL via the command line for the root or any other user in the database here.

Use the following command to create a user. For this tutorial, the username is testuser, and the password is test123test!. For your use, change these to your respective username and password.

This single command creates the MySQL user. For the user to login and perform task in the MySQL databases, you need to grant them additional permissions, which is covered in another tutorial.

To confirm the newly created user, use the following command to view a full list of MySQL users, including the host with which they are associated.

MySQL is an excellent database management system capable of many database functions. Knowing how to create a MySQL user on Linux via the command line helps administrators keep track of and update database users. Existing Liquid Web customers with managed hosting services enjoy 24/7/365 support for these and other functions.

About the Author: Ronald Caldwell

Ron is a Technical Writer at Liquid Web working with the Marketing team. He has 9+ years of experience in Technology. He obtained an Associate of Science in Computer Science from Prairie State College in 2015. He is happily married to his high school sweetheart and lives in Michigan with her and their children.

How to Upgrade Apache and PHP With cPanel’s EasyApache