How to Install PIP for Python on Windows

Pip is one of the best tools to install and manage Python packages. Pip has earned its fame by the number of applications using this tool. Used for its capabilities in handling binary packages over the easily installed package manager, Pip enables 3rd party package installations. Though the newest versions of Python come with pip installed as a default, this tutorial will show how to install Pip, check its version, and show some basic commands for its use. Watch the video below or review the following article for additional instructions. 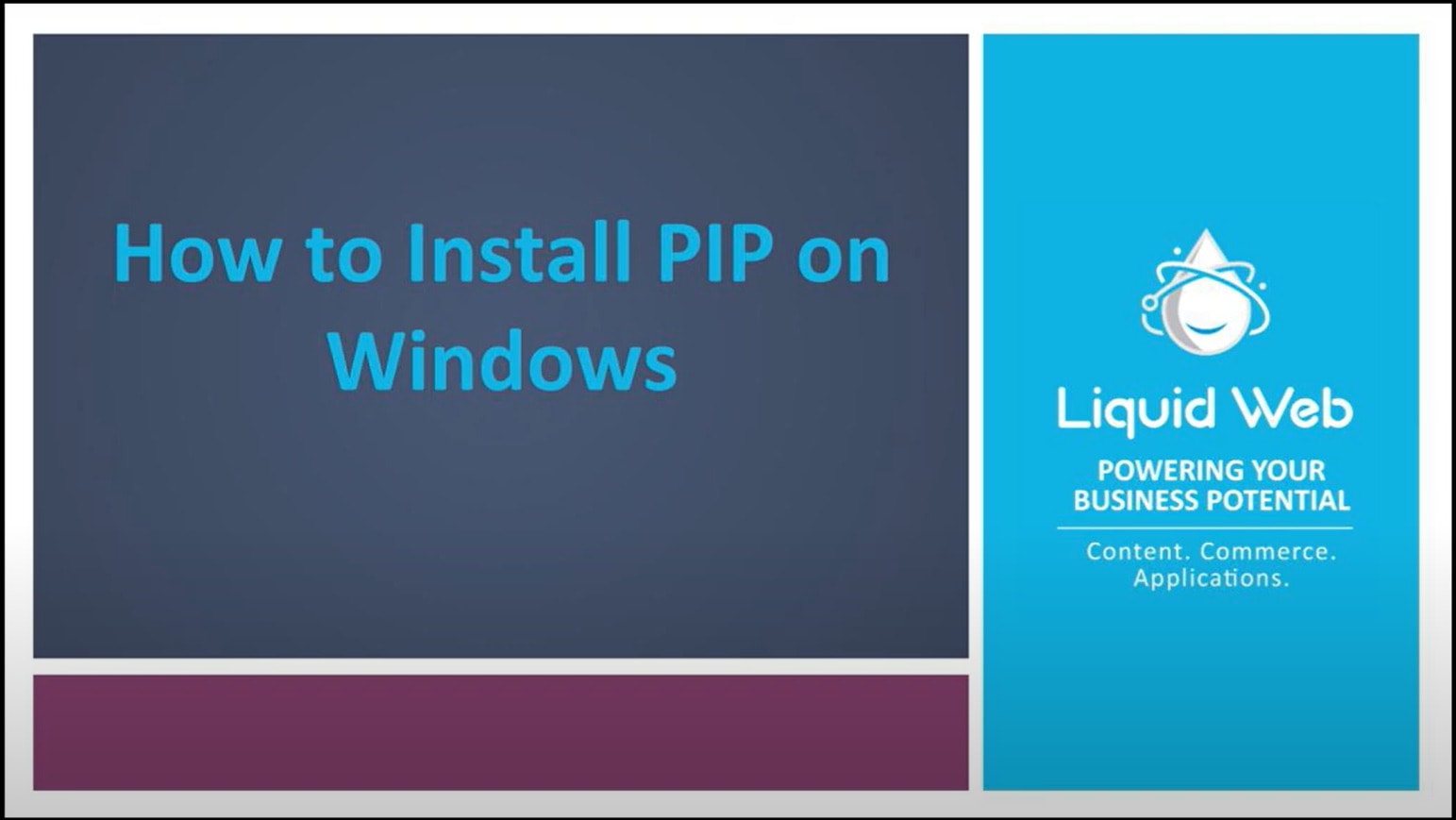 Python is an open-source programming language that allows you to run applications and plugins from a wide variety of 3rd party sources (or even applications you develop yourself) on your server. Python is cross-platform, meaning that you can run it on a number of different operating systems, including Windows VPS Server.

Pip is installed by default on many newer Python builds. To check and see if it is already installed on our system, open a command prompt and type the following command.

Step 2: Confirm that Python is installed.

The simplest way to test for a Python installation on your Windows server is to open a command prompt. Once a command prompt window opens, type python and press Enter. If Python is installed correctly, you should see output similar to what is shown below.

Python is either not installed or the system variable path has not been set. You will need to either launch Python from the folder in which it is installed or adjust your system variables to allow Python to be launched from any location. For more information about installing and using Python, see our article on how to install python on Windows.

Once you have confirmed that Python is installed correctly, we can proceed with installing Pip.

Pip should now be installed successfully. If we receive a “file not found” error, double check the directory path to the file. You can use the dir command to view the entire contents of a directory. It should be noted that Pip is installed by default with Python versions Python 2.7.9+ and Python 3.4+. As a side note, Pip also sets up both the virtualenv and pyvenv virtual environments when installed.

We can now verify that Pip was installed correctly by opening a command prompt and entering the following command.

You should see output similar to the following:

Now that Pip is installed and configured, you can begin using it to manage your Python packages. For a brief overview of the available commands and syntax for Pip, open a command prompt and enter:

The PIP configuration file can be found at %HOME%\pip\pip.ini.

You can also specify a custom path location for this config file using the environment variable PIP_CONFIG_FILE.

Like all software, it’s important to keep all of your installations up to date to take advantage of the latest features and security fixes. You can actually use Pip to update itself! To accomplish this, open a command prompt window and enter the following command

You should now have the desired version of Pip installed. You can verify with the pip -V command.

All of Liquid Web’s Windows core-managed servers can run Python and our support team can assist with installation and verification if needed. ActiveState Python 2.6.5 can be installed on Plesk Fully Managed servers if desired.

The Most Helpful Humans In Hosting™

We pride ourselves on being The Most Helpful Humans In Hosting™! Our support staff is always available to assist with any Dedicated, Cloud, or VPS server issues 24 hours a day, 7 days a week 365 days a year.

We are available, via our ticketing systems at support@liquidweb.com, by phone (at 800-580-4986) or via a LiveChat for whatever method you prefer. We work hard for you so you can relax.

About the Author: David Richards

David Richards has been an educator, a Technology Director, and now a Windows Administrator for 20+ years. He’s an English major with a love for technology and helping others find ways to use technology more effectively. In his free time, Dave loves to read, play games, and spend time his family.

5 Steps to Install and Configure osquery on CentOS 7 & 8

Five Steps to Create a Robots.txt File for Your Website