Git is one of the most popular tools used as a distributed version control system (VCS). Git is commonly used for source code management (SCM) and has become more used than old VCS systems like SVN. In this article, we'll show you how to install Git on your Ubuntu 16.04 cloud dedicated server.

We have also created a convenient video tutorial that outlines how to install Git on a Ubuntu 16.04 Server. 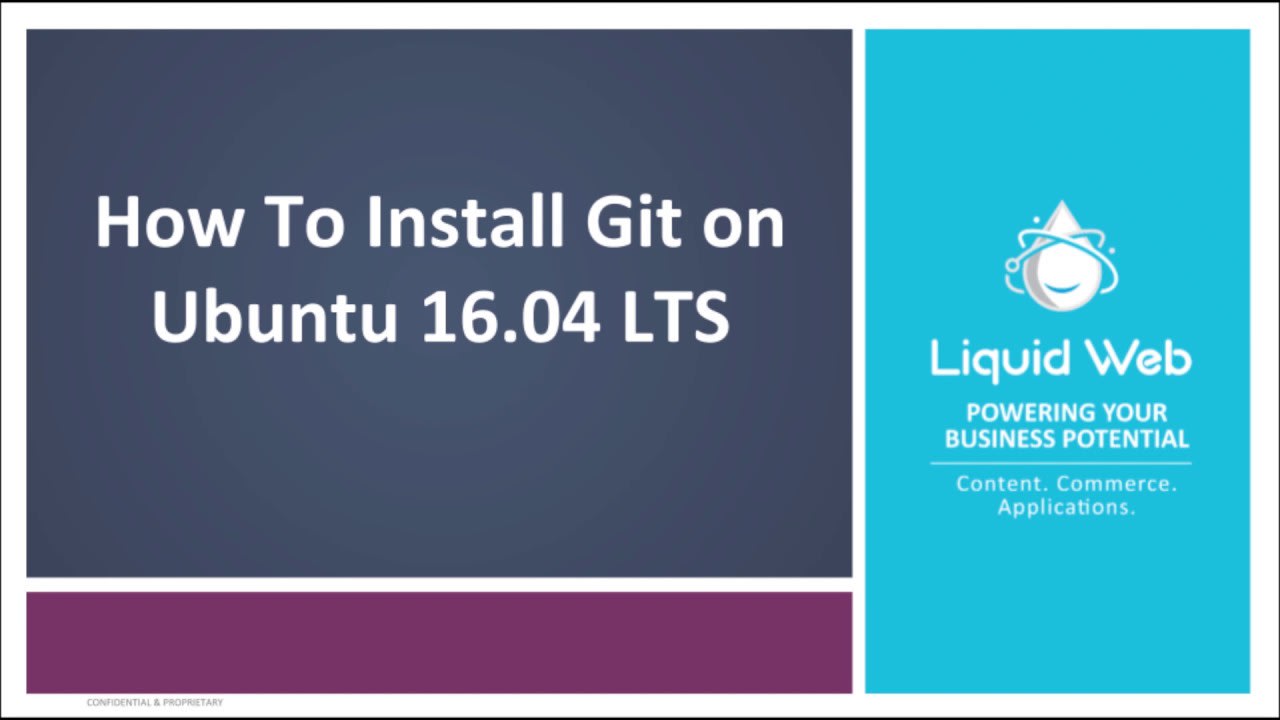 Now, let's get started on that install...

First, as always, we should start out by running general OS and package updates. On Ubuntu we'll do this by running:

After you have run the general updates on the server you can get started with installing Git.

Note:
It’s important to know that git configs work on a user by user basis. For example, if you have a ‘david’ Linux user and they will be working with git then David should run the same commands from his user account. By doing this the commits made by the ‘david’ Linux user will be done under his details in Git.

Now, we will verify the configuration changes by viewing the .gitconfig file. You can do this a few ways, we'll show you both methods here.

And that's it! You have now installed Git on your Ubuntu 16.04 LTS server and have it configured on your root user. You can get rolling with your code changes from here, or you can repeat Steps 3 and 4 for the other system user accounts.

When a standard Cloud VPS is not secure enough, our HIPAA compliant server hosting is a dream come true. Liquid Web’s server outmatches the competition on performance and support. Check out how our Dedicated Servers can skyrocket your site’s performance.

Give us a call at 800.580.4985, or open a chat or ticket with us to speak with one of our knowledgeable Solutions or Experienced Hosting advisors to learn how you can take advantage of these techniques today!