Digitizing business processes has enabled small and medium-sized businesses, agencies, and other organizations to raise productivity by making applications available to employees wherever and whenever they need them and encouraging continuous collaboration.

When a mission-critical application goes down, however, all of that improved productivity grinds to a halt, and all workloads depending on the app are stopped in their tracks.

In other cases, eCommerce allows small businesses to make their products available for sale to customers at any time, and in some cases in different regions. For those businesses as well, downtime is a significant problem.

This situation is making high availability (HA) hosting increasing popular for SMBs and agencies that rely on IT systems for operations, sales, or both. These companies cannot afford downtime, and fully redundant, high availability systems are the best way to defend against downtime.

The Cost of Downtime

The cost of downtime can be felt both concerning lost revenue and lost productivity for those with workloads and business processes running online. And this is often just the beginning of the cost. Every business process that depends on the online workloads is stuck waiting; in some cases, an entire company can grind to a halt.

Learn how HA infrastructure can help your business. Download our white paper on Why High Availability Matters – And How You Can Achieve It Reliably and Affordably.

Reputational damage is also a real cost to many businesses experiencing downtime. This cost will be unique to each company and situation, and is challenging to quantify, but could include loss of current customers, loss of future customers, and even future marketing spend. Your customer base can lose faith in an application or eCommerce store with minimal downtime, and any potential new customers will have a negative first experience, likely moving on to a competitor. Every possible sale that results in a frustrated customer carries the risk of harm to the business’ reputation, whether through online reviews, comments in forums or chat groups, or word-of-mouth.

If downtime causes a lot of problems for customers, and this gets picked up by the media or is shared widely on social media, further action may be required, increasing the cost.

Between hardware, software, and network infrastructure, there are so many components involved in hosting and delivering websites and apps that downtime is inevitable, given a long enough period. Customers tend to check their connection before assuming a site is down and can be forgiving of temporary downtime.

There is no technology which web hosts or their customers can deploy to mitigate rare, unprecedented incidents like the Dyn distributed denial of service (DDoS) attack which knocked much of America’s internet offline in October 2016, but when they cannot even get on Twitter to complain, your customers will forgive you. 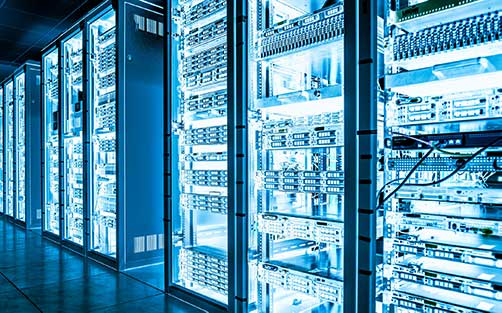 If it is not reputational damage, the most consistent cost associated with downtime is the expense of bringing the system back online. This may be felt in terms of salary paid to IT staff who would otherwise be performing more valuable tasks related to growing your core business. It may result in overtime or extra payments to consultants or service providers. Either way, it is a cost that could have been utilized elsewhere.

Application performance monitoring company AppDynamics cites a 2016 study which estimates the average cost of downtime for small business is $8,580 per hour. While it is important not to make too much of such an abstract figure, the eye-popping total serves to illustrate the point that for companies in general, and SMBs in particular, even seemingly brief periods of downtime can be crushingly expensive.

An organization with high availability hosting can often achieve a full return on its HA hosting investment with the very first incident in which downtime is averted.

In an HA Hardware Environment configuration, such as Liquid Web uses, high availability is achieved through redundancy, in which the all the files and folders on a physical server are mirrored by another physical server, and continuously synced, in a Distributed Replicated Block Device.

The connected servers are referred to as a “web cluster.”

The two servers are monitored by Heartbeat, the software which makes sure resources are available to send a message to start the failover (the process of moving traffic from one server to the other) if necessary. Your system is located at a virtual IP, which runs on a floating virtual machine (VM). If there is a critical hardware failure, the VM is notified by Heartbeat immediately and operation transitions quickly over to the second redundant physical server to minimize interruption.

While it is essential to address the hardware and software causes of downtime, such as server configuration, security vulnerabilities, and capacity, some of the most common causes of downtime, such as human error and hardware failures, cannot be entirely prevented. They can be prevented from immediately causing system failure, however. The hardware and human elements cannot be removed, but a fully redundant system remains online even when one of them causes the primary server to go offline.

System updates and upgrades generally require the server to be rebooted, creating another cause of downtime. Some businesses without HA hosting attempt to mitigate the cost of this downtime by planning to perform updates or upgrades at the perfect time, such as over the weekend.

Delaying updates can create risk, however, especially if an update has been made to patch a critical security vulnerability or stability issue, and making IT staff work over a weekend to perform a task which is not central to the business’ function is an inefficient use of resources at best.

A high availability system sidesteps the entire problem, as updates can be performed as soon as they are available. The redundant server is updated first, and when it completes the process and synchs with the primary server, the failover process can begin, making the updated server the primary server, and freeing the server which is yet to be updated to begin the process on it. Hackers scanning for vulnerabilities will find a fully updated system, and likely move on to easier prey.

Companies that require maximum uptime, such as those that generate revenue from their web presence, should consider defending against downtime by investing in an HA hardware environment.