In this tutorial, we will consider how to enable both Python 2 and Python 3 for use on CentOS 8. In earlier distributions of CentOS, an unversioned Python command was available by default.

When the CentOS installation was complete, it was possible to drop into a Python shell by simply running the “python” command in a terminal.

Paradoxically, CentOS 8 does not have an unversioned Python command by default.  This begs the question, why? RedHat states that this choice is by design “to avoid locking users into a specific version of Python.” Currently, RedHat 8 utilizes Python 3.6 implicitly by default, although Python 2.7 is additionally provided to maintain existing software.

Previously, the unversioned Python command in CentOS distributions, while convenient, posed specific issues. The unversioned Python would typically point to a Python 2 interpreter, but because Python 2 is now at EOL (end of life), this becomes problematic for several reasons. Simply re-pointing the command to Python 3 may seem like an uncomplicated solution, but this would be problematic on many levels due to possible confusion with versioning. Instead of continuing to point the “python” command to a default version of Python because of familiarity, or pointing it to Python 3 to keep up with the times, the choice was made to no longer include a default “python” command.

This is not to say that Python is no longer available by default on CentOS. Both Yum and the new DNF package managers specifically rely on Python. The Python version they now depend on is called the “Platform-Python.” The “Platform-Python” version, for all intents and purposes, should not be employed as an interactive means to utilize Python. 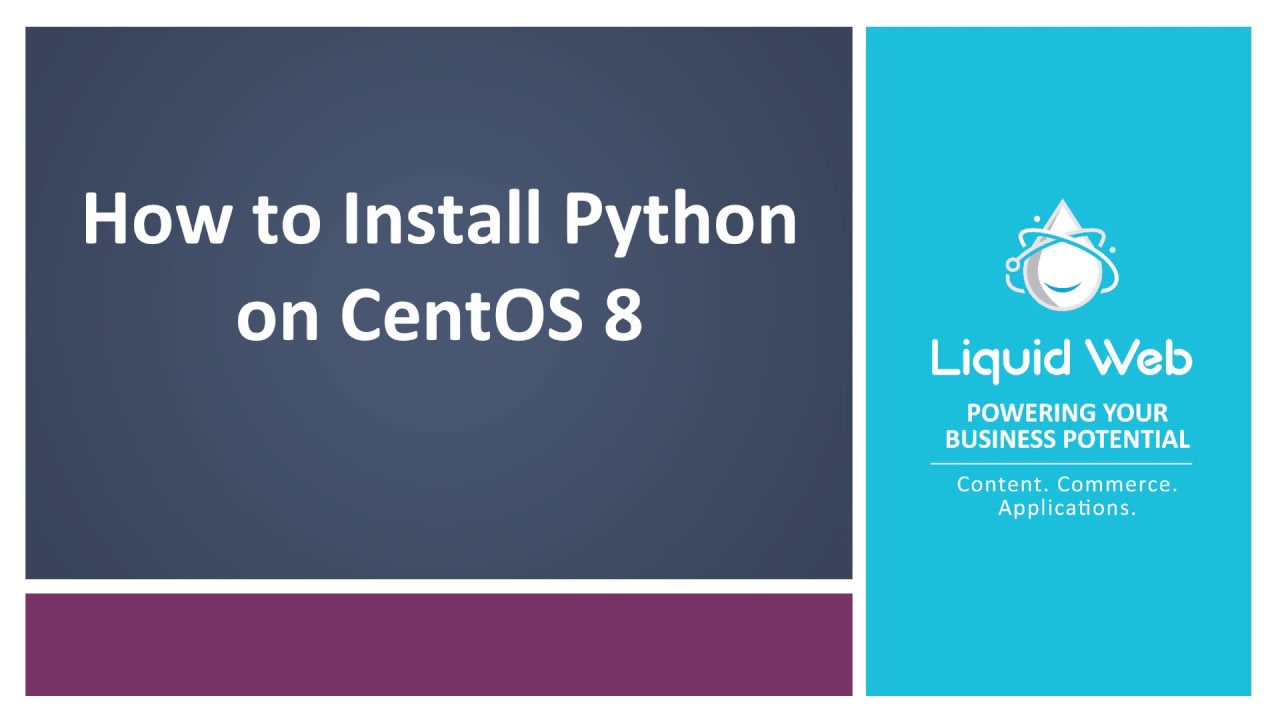 It is always a good idea to start things off by ensuring that all of our system packages are up to date before installing new software. We are going to take advantage of the new package management software DNF for this purpose.

Now that the environment has been updated, let’s go ahead and use DNF to install Python 2. Thankfully, both Python 2 and 3 are included in the CentOS 8 base package repositories, so installing is straightforward.

To verify Python 2 is installed, we can run a simple “python2” command with the version flag.

Subsequently, in order to access the Python 2 shell, we can run the following command.

Once again, to maintain best practices, let’s go ahead and ensure our system packages are all up to date.

We are now ready to install Python 3.

We can verify the installation and version of Python 3 the same way we did with Python 2.

Next, we can enter into a Python 3 shell environment by running the following command.

As with the Python 2 installation, pip3 is likewise included when you install Python 3. There you have it! You’re ready to start working with Python on your CentOS 8 server.

About the Author: Justin Palmer

Justin Palmer is a professional application developer with Liquid Web