What Is Tailgating in Cybersecurity?

Posted on November 16, 2022 by Josh Burnham
Home > Blog > Security > What Is Tailgating in Cybersecurity?

Tailgating. It’s an American football tradition almost as old as the game itself - rife with fans, fun, and food. In the IT world, however, the term tailgating takes on a more nefarious context.

So what is tailgating in cybersecurity? To members of the digital realm, tailgating is an attack method hackers use to gain access to sensitive, password-protected data and information. They do this by closely following an authorized person into the system.

Organizations polled in a recent survey say social engineering attacks like tailgating were one of the most common cybersecurity issues – responsible for 75% of their cybersecurity threats. As a result, IT managers and system admins need to be aware of tailgating – what it is, why it’s so dangerous, and what they can do to stop it.

However, education precedes awareness. That’s why Liquid Web is here to provide the complete rundown of tailgating in cybersecurity. Everything you need to know will be covered in this article, so bookmark it as your go-to resource to better protect yourself and your clients.

The Definition of Tailgating in Cybersecurity

Tailgating is a hacking method where digital threat actors (or other unauthorized users) “ride the coattails” of an authorized user to gain access to important system data.

Once hackers infiltrate a system through tailgating, they will extract sensitive data. Typically, the data they’re pilfering at this stage isn’t the end goal. Launching a tailgating attack is just the first step, and this data will be used to establish a more significant, intricate attack. This is crucial, as stopping tailgating will prevent more dangerous attacks like ransomware.

Tailgating is something referred to as piggybacking. While the terms are used interchangeably by the cybersecurity community at large, they aren’t the same.

How Does Tailgating in Cybersecurity Work?

Tailgating’s meaning in cybersecurity inherently implies that it relies on other users within an organization’s system. Sometimes the user is unaware of the unauthorized user following them into the system. Other times – in more malicious cases – they are aware of the breach beforehand.

You may wonder why someone would let an unauthorized user into the system. Like most social engineering attacks, tailgating affects the human nature of an organization’s employees and end users. For example, a hacker may send a phishing email that manipulates someone into acting.

Using digital tools, digital threat actors can track authorized users as they enter their login ID and password. Once that user hits Enter or clicks Login, the hacker enters the system along with them. As a result, they now have access to the same level of confidential and proprietary data as the end user.

A hacker following an authorized user into the system can be very dangerous, depending on the user’s access and permissions. While a breach is never a good thing, it can be particularly damaging to enterprise cybersecurity if a hacker were to tailgate an upper-level manager or C-level executive into the system.

These organization members have access to the company's digital infrastructure's most sensitive data and areas. As a result, a hacker reaching those corners of the network could drastically impact the business, its employees, and its customers.

Below are a few examples of what tailgating in cybersecurity is used for:

The perpetrator of a tailgating attack could be almost anyone. Vandals, disgruntled employees, thieves, hackers, and more could all be trying to access your company’s most secure sectors and data stores.

Criminals who gain physical access to a facility through tailgating may be after unsupervised equipment such as laptops, hard drives, and more. Once inside, they may even attempt to install malicious software like spyware in server rooms to give themselves access to the network once they leave.

Digital tailgating works in much the same way. Once inside an internal network, hackers virtually have free reign of all the sensitive files and data within the system. The magnitude and type of damage they can inflict at this point are almost limitless.

Now that you understand what tailgating is in cybersecurity, the next step is prevention. Organizations need to focus on access controls to their facilities to prevent physical tailgating.

A few ways they can do that are:

When it comes to preventing digital tailgating, business owners need to rely heavily on education. You can have the most robust veil of cybersecurity protection available, but if your team clicks the wrong link, opens the wrong email, or downloads the wrong file, none of that will matter.

Managers and IT system admins should take the time to give detailed cybersecurity lessons to all employees on what to look for to prevent social engineering attacks. Show team members how to spot red flags for suspicious email, link, or file activity, and ensure your internal IT team receives adequate training on the proper response to cyberattacks.

Though tailgating might seem innocuous, in the cybersecurity world, it can have profound implications. Hackers can use tailgating to access sensitive data, which can then be used to wreak havoc on a company or individual. Thankfully, there are ways to prevent tailgating attacks from happening. By being aware of the dangers of tailgating and taking measures to prevent it, you can help keep yourself, your data, and your company safe from harm.

Are you doing everything you can to prevent tailgating attacks?

Liquid Web is here to help protect you and your team from the ever-present threat of tailgating. If you’re unsure where to start, contact one of the Most Helpful Humans in Hosting® today. 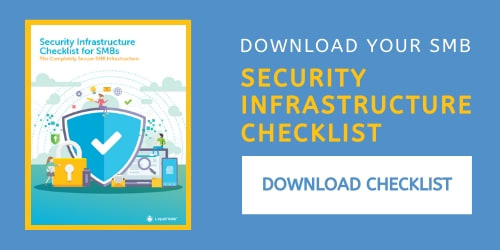 Josh has worked at Liquid Web for over 4 years, starting out in the support team and moving up to his current position as a Cybersecurity Engineer. Josh is always on the hunt for the latest security-related issues and loves to share his knowledge with others.

View All Posts By Josh Burnham