How to Choose the Right Amount of Server RAM

What is Server RAM?

In short, RAM (random access memory) is a server’s short-term memory. It temporarily stores data of all the applications and processes running on the server. That allows the CPU to process this data much faster than if it was supposed to access the data directly from the hard drives. Even the fastest storage solutions, like NVMe, are still slower than RAM.

RAM ceases to hold any data once the server gets powered off; that is why we use SATA and SSD drives for long-term storage. 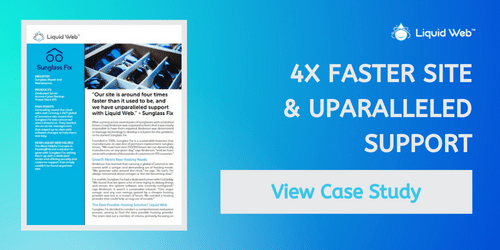 Why is Server RAM Important?

The amount of RAM determines how many processes can run on a server before it experiences performance degradation or, eventually, server downtime. The more memory your server has, the more load it can handle, which usually translates to better overall speed and website performance.

However, adding too much RAM is not advisable as the system will not have the capacity to use its full potential. The budget used on that extra, unneeded RAM could be better spent on other server components or business initiatives.

How Does Server Memory Work?

Similarly, RAM is mounted on the motherboard in DIMM (Dual In-line Memory Module) modules, also known as RAM sticks. When an application is started, its data is first loaded to RAM from the long-term storage unit (SDD or HDD). Then, the CPU accesses this data to process it using binary-coded instructions.

The role of RAM in data processing is storing information containing CPU instructions and its computing results that can later be viewed as an output on the computer screen.

When to Upgrade RAM

Lack of RAM leads to slow performance, instability, or even server outages. When a server does not have enough physical RAM, the system will move to using virtual memory, or Swap Memory. This kind of memory is much slower than physical memory, as it uses your HDD or SSD instead. This will likely lead to performance bottlenecks and cause your site or application to run much slower.

Here are a few signs to look out for that indicate when to upgrade RAM:

When your server experiences any of these issues, it is a good time to add or upgrade your server RAM.

The first computers used a type of memory called DRAM (Dynamic Random Access Memory). Over the years, it was replaced by SDRAM (Synchronous Dynamic Random Access Memory), which was synchronized with the CPU’s clock rate, increasing the processing speed. This change came together with the DDR technology (Double Data Rate), which effectively made the transfer rate twice as fast without changing the internal clock.

Each DDR generation is faster than its predecessor and consumes less power. There are currently five generations of DDR technology, although only the more recent versions are used today.

The differences between DDR3 and DDR4 are striking. DDR4 is almost twice as fast, and its operating voltage is 1.2V versus DDR3, which uses 1.5V or 1.35V. In the long run, businesses utilizing DDR4 modules can save a lot on power bills due to lower operating voltage.

With fully managed hosting, the hosting provider handles server power and networking for you.

The latest generation, DDR5, was launched in 2020. However, the vast majority of desktop computers and servers still use DDR4. DDR5 server memory is 5-15 percent faster than its predecessor depending on the type of workload. The operating voltage for DDR5 is even lower - 1.1V - but its low stock availability calls for very high prices.

Due to it being relatively new, DDR5 does not currently provide the best value for money, but on the other hand, these modules will be relevant much longer than DDR4. In this sense, DDR5 is more of a long-term investment for those considering CapEx hardware costs vs moving to OpEx cloud computing.

There are also different DIMM types:

This technology identifies minor data corruption incidents and corrects them based on the checksum method to ensure reliable delivery of the data. A single-bit error can lead to wrong data being written and, therefore, program failures. Even though not all memory errors cause crashes, they do happen from time to time and might bring unfavorable consequences. This can be avoided, or at least mitigated, by utilizing error correction code.

How to Choose the Best Server Memory

When setting up a dedicated server for your project, it is important to take into account a few factors: system requirements, growth projection, and budget. Keep on reading to find out the best practices for choosing the best server memory.

If you are looking to run a dedicated server, you are going to need a decent amount of server RAM to ensure the server is capable of handling the load. While there is no formula to calculate the amount of RAM needed for a project, it is possible to estimate the amount based on a few points:

The starting point for different projects can vary anywhere from 8 GB to 64 GB of server RAM, based on the project needs.

IT staff can consult with project managers to factor growth in server memory considerations. If a project is expected to grow at a fast pace, it might be a good idea to build a server with more RAM than it needs initially. Doing so will prevent downtime associated with taking the server down for memory upgrade. Additionally, it can save some money for the company as investing in new RAM modules every few months can become a hassle.

Liquid Web’s Hosting Advisors can help you decide the correct amount of RAM for your server needs.

Server memory is probably one of the least expensive components when compared to other server components. It is fine to use unregistered memory modules, and it will be the cheapest option. However, if the budget allows, it is recommended to use RDIMM modules as they offer better bandwidth if two or more modules are used per channel.

Note:
UDIMM and RDIMM modules cannot be mixed on a single server.

LRDIMM allows it to stack up huge amounts of server RAM - up to several TBs. For example, if you are limited to 8 DIMM slots on your motherboard, you can make the most of them by using high-capacity 128 GB LRDIMMs

There are a lot of factors that need to be considered when choosing server memory, and they all depend on your use case. It is crucial to assess all the points mentioned above surrounding your project to make the right decision. The choice of server memory - both amount and module types - goes together with other components that interact with RAM, such as the motherboard, server CPU, and server storage, so make sure to check if all the components are compatible.

Interested in your own dedicated server, but still confused about all the parts comprising it? Check out our Dedicated Servers and chat with our hosting experts to navigate through all the hassles of selecting the right hardware.

Our Dedicated Servers are built to order, use enterprise-level hardware, and are assembled using the industry’s best practices to ensure maximum performance and speed for your websites and applications.

Tagged with: Dedicated, Performance, Uptime & Performance
About the Author

Andrew is a Solutions Consultant for the Liquid Web Family of Brands, helping prospects choose the best solution. He is a technology enthusiast and is always looking for ways to expand his knowledge in different areas. Andrew has a passion for languages — both programming and human.

View All Posts By Andrew Reynolds