Refactoring Legacy Code: Everything You Need to Know About Code Refactoring

Eventually, all software reaches End-of-Life (EOL). Once that happens, there are a couple of solutions. Usually, the recommended solution is to refactor your code. But code refactoring is not a simple process you can complete in a matter of hours.

So, is it the best solution? That’s what this guide will answer. 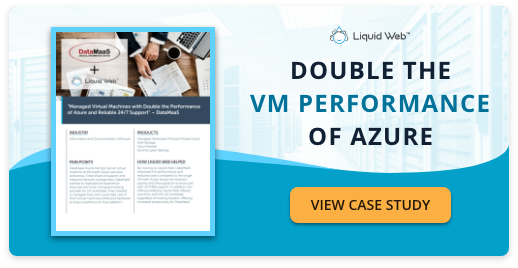 We’ll explain when code refactoring techniques are recommended. We’ll discuss the benefits and disadvantages of code refactoring. And we’ll talk about the time and cost involved in the process of refactoring your code, no matter the programming languages used, from Java to JavaScript.

We’ll also look at an alternative to code refactoring when software reaches EOL.

​​When Should You Consider Refactoring Legacy Code?

What are the Benefits of Code Refactoring?

What are the Disadvantages of Refactoring Legacy Code?

How Do You Calculate the Time and Maintenance of Refactoring a Codebase?

Final Thoughts — Code Refactoring: The Cost to Rearchitect Your Codebase

​​When Should You Consider Refactoring Legacy Code?

There are typically two scenarios when software refactoring is required.

The first is when there are problems in the code itself. These problems typically involve poorly written, repetitive, or sloppy code that’s hard to read. Sloppy code also usually results in performance issues. If your software has these issues, code refactoring or rewriting are the only solutions.

The second scenario where code refactoring is recommended is in cases of EOL software. There is nothing wrong with the code itself, but because EOL is near, several risks are associated with it.

The risks listed above are no laughing matter. They need to be mitigated.

However, code refactoring is not the only solution in this scenario. There is an alternative we'll explain later in the article. For now, let’s look at the benefits and disadvantages of code refactoring.

What are the Benefits and Disadvantages of Code Refactoring?

What are the Benefits of Code Refactoring?

There are several benefits associated with code refactoring. They are the following:

The basic definition of code refactoring also explains the biggest advantage it represents. Code refactoring is the process of simplifying your code, making it clearer, without changing its external behavior.

When you make code changes like these, it becomes easier to find typos or internal structure issues. It also becomes easier to identify bugs and duplication in your code. As a result, better readability of your code leads to better efficiency across the board such as:

Easier to Onboard New Developers

Code refactoring allows you to implement a coding standards manual or a style guide. A style guide makes it easier to onboard a new development team and programmers and get them up to speed with your inline code.

As we mentioned earlier, poorly-written code leads to performance issues — not to mention it'll slow down any software engineering efforts.

Moreover, if your app or software is slow, users will get annoyed and stop using it, leading to increased customer churn. Code refactoring can go a long way towards eliminating bloat, bugs, and other problems.

Lets You Compete With Cloud-Native Apps

Lastly, since the code refactoring process leads to better performance and takes advantage of new features, it allows you to move your app into the modern cloud. That makes it easier to compete with cloud-native apps.

Code refactoring can provide your users with on-par performance, feature availability, and improved security like other apps built in the cloud.

What are the Disadvantages of Refactoring Legacy Code?

Without a doubt, code refactoring offers significant advantages. But it also has two major disadvantages you need to consider before embarking on such a task.

For starters, code refactoring and restructuring are time-consuming. It’s not a project you can complete in one afternoon. Depending on the size and complexity of your app, code refactoring can take months to complete.

Not only do you have to rewrite the design of existing code completely, but you also have to account for the time spent testing the rewritten code and performing debugging protocols due to the refactoring.

Code refactoring can also be expensive. Since code refactoring is time-consuming, you’ll need to compensate developers for the time spent working on the process as well as the cost of refactoring tools. In some cases, you might even have to pay for overtime or hire additional developers to speed up the optimization project. Code refactoring also means you might have to invest in new technologies or cloud integrations.

Essentially, code refactoring takes away the funds you could use on new software development features, new design decisions, or core business objectives.

How Do You Calculate the Time and Maintenance of Refactoring a Codebase?

Financially, the easiest way to calculate the cost of refactoring source code is to multiply the number of hours by the hourly price and the number of developers working on the project.

But there’s more to it. You also have to consider how much it will cost you to continue maintaining the code in its current state compared to the cost of maintaining the refactored code.

As we mentioned before, you’ll also need to contemplate whether you have to invest in additional technologies before you can refactor your code.

Finally, take stock of any other projects you have in the pipeline and consider if any of them need to be put on hold. In other words, will those projects stop making money while you’re cleaning up and refactoring code?

As you can see, code refactoring can be expensive. There are a lot of factors that contribute to the overall cost. Not to mention, it’s a time-consuming task that can derail your entire company timeline.

But there is an alternative, and it only requires small steps to implement.

Instead of refactoring your code, consider migrating the software you’re using to a private cloud environment such as Liquid Web’s Private Cloud.

That gives you additional security layers without refactoring your codebase or leaving you vulnerable to security and compliance risks.

Our Private Cloud is powered by the leader in cloud infrastructure, VMware.

Besides getting access to dedicated architectures, several benefits of using our Private Cloud for your independent development environment (IDE) include:

In other words, Liquid Web’s Private Cloud gives you cloud performance on fast, secure enterprise infrastructure with predictable pricing and no need to refactor your code.

Final Thoughts — Code Refactoring: The Cost to Rearchitect Your Codebase

Refactoring legacy code is often recommended when software is poorly written or when it approaches EOL.

While there’s no avoiding code refactoring in the case of poorly-written code, there is a much better solution when it comes to dealing with EOL.

Migrate your app to a private cloud environment to benefit from improved performance and mitigate security and compliance issues without losing precious time and incurring high costs — and you’ll still walk away with clean code in the end.

Tagged with: Integrating Systems, Integration, VMware
About the Author

Tom Beaudoin is the Director of Development at Liquid Web. Tom has been with Liquid Web for almost a decade, helping to shape the My Liquid Web portal and digital properties into a world-class customer experience.

View All Posts By Tom Beaudoin